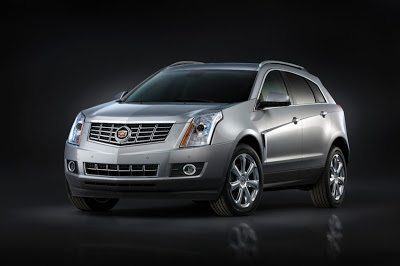 Here’s a fact that won’t surprise anyone that pays attention to the vehicles which pass them by on highways and city streets: Canadians are buying more and more SUVs and crossovers from premium automobile brands.

Windshield surveys aren’t an accurate barometer of auto sales, of course. You understand the inevitable folly: “I saw four Mitsubishi RVRs on the way to work in Thunder Bay this morning; that thing must be Canada’s best-selling crossover.”

As a general statement however, the overwhelming change in the automobile marketplace has led to a dramatic influx in the number of high-priced SUV/CUV sales, and that influx has been impossible to miss.

Six of Canada’s 30 best-selling SUVs/crossovers are sold by premium brands (including Acura, which, in spite of arguments from some corners, has to be considered premium when they offer a base MDX that costs 43% more than a base Honda Pilot and a base RDX that costs 16% more than a top-of-the-line Honda CR-V.)

Through ten months of 2013, ten of the 14 biggest year-over-year increases among SUVs and crossovers belong to premium brand nameplates, from the Mercedes-Benz G-Class’s doubling of volume to the Cadillac SRX’s 26% jump. The SRX is Canada’s 97th-best-selling vehicle overall so far this year, up from 112th at this time in 2012.

You can click any model name in the tables below to find historical monthly and yearly Canadian auto sales data. You can also select a make and model at GCBC’s Sales Stats page. These tables are now sortable, so you can rank luxury SUVs and crossovers any which way you like. Suggestions on how GCBC should break down segments can be passed on through the Contact page. You’ll notice that the + icon has been removed from year-over-year increases, but you can still identify year-over-year declines with the – symbol and red font.