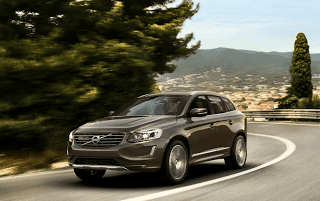 After outselling its rivals in February, March, June, having sold 78% more copies at the halfway point, BMW X3 sales have fallen 33% over the last five months.

Big deal? Well, presumably BMW Canada would like to sell the maximum number of X1s (down 43% in 2013) and X3s. But the brand is finding buyers with its original SAV, the X5.

Sales of the X5 are up 87% over the last two months. According to the Automotive News Data Center, Canadians registered 912 X5s in November 2013 – the X3 didn’t top 900 units even at its high point back in March – and the X5 ended November as the month’s 17th-best-selling SUV/crossover in Canada.

It’s hard not to pay attention to the massive gains achieved by vehicles like the Land Rover Range Rover Evoque (up 511%, reportedly, in November) and Porsche Cayenne, up 30% last month. The X5’s total, however, puts their total sales figures in perspective.

Added together, the Audi Q7, Range Rover Sport, Mercedes-Benz M-Class, and Porsche Cayenne didn’t sell as often as the X5 in November 2013.