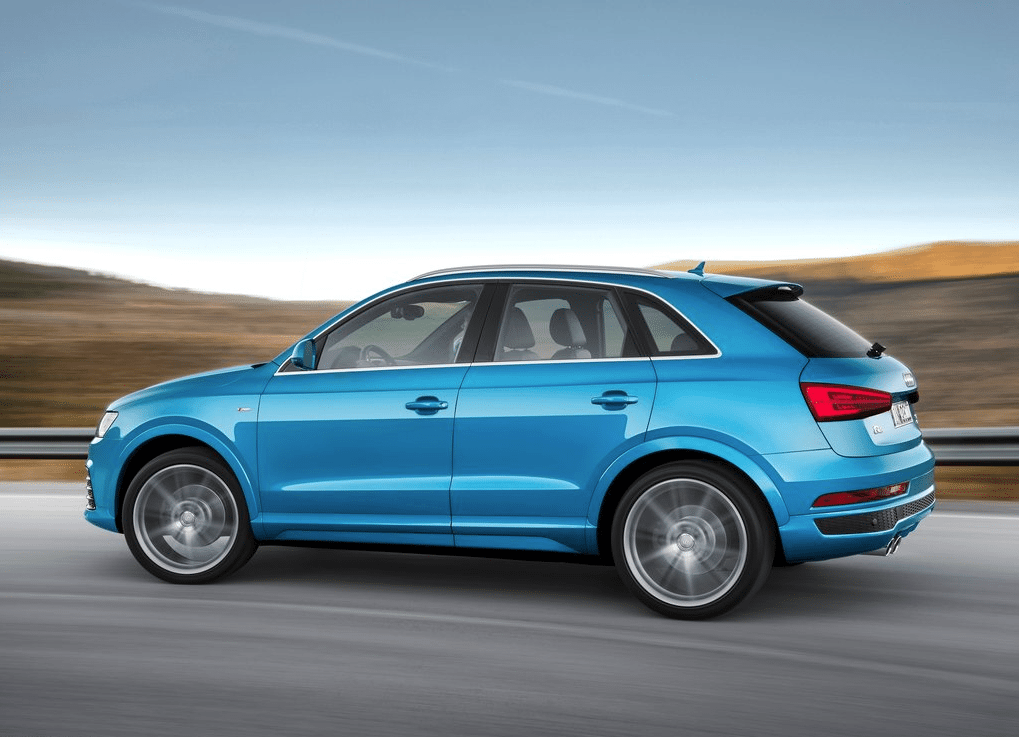 Canadian sales of compact luxury crossovers jumped 81% in 2014 thanks to the arrival of new competitors for the BMW X1. Those competitors, the Audi Q3 and Mercedes-Benz GLA, arrived in the second half and, as the year progressed, had a negative impact on the popularity of the BMW X1. 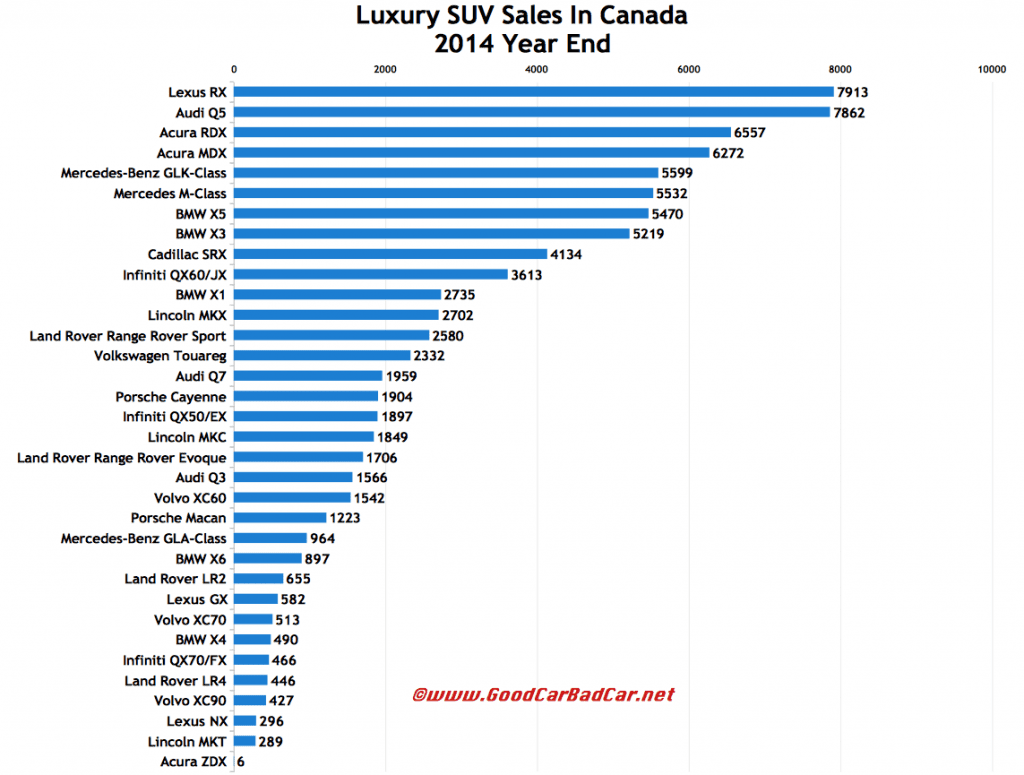 These are certainly not the most popular luxury utility vehicles, however. Move up a notch or two in terms of size and price and you’ll find numerous vehicles which outsold the whole small trio. (Granted, two-thirds of the trio didn’t have a full year.) The Acura RDX and MDX, Audi Q5, and Lexus RX all generated more than 6000 Canadian sales in 2014.

As for the RX, its 7913-unit total made it the country’s top-selling premium brand SUV/crossover, just 51 sales ahead of the Audi Q5.

The RX was joined by a smaller Lexus crossover in December, the RAV4-related NX. 296 NXs were sold last month, a figure which didn’t have a tremendous impact on the RX’s total. RX sales slid just 0.3%, or two units, to 570 units.