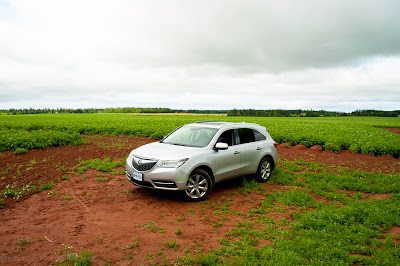 Acura Canada has sold exactly the same number of RDXs as MDXs in 2013. The RDX was ever-so-slightly the more popular of the two Acuras in August 2013. RDX sales jumped 16%; MDX volume grew 19%.

Neither was the most popular premium brand utility vehicle in August, nor are they the leaders so far this year. But they’re not off by much, and it’s a good thing. Without the RDX and MDX, Acura Canada would be lifeless. 64% of the Acuras sold in Canada are crossovers. TL sedan volume is down 36% this year; TSX sales are off last year’s pace by 44%.

If Acura was nothing more than a crossover brand, they’d still be selling more vehicles than the whole Infiniti brand, not to mention Cadillac, Fiat, Mini, Scion, and Lincoln and Volvo combined.

This isn’t the first time GoodCarBadCar has brought up the subject of luxury brands’ dependence on SUVs in Canada. It’s certainly not a situation unique to Honda’s upmarket division. Half of all Lexus sales come from the RX.

Seven out of every ten Lincoln sold is either an MKT, MKX, or Navigator. Land Rover generates 79% of Tata’s Jaguar-Land Rover volume in Canada.

The JX is currently outselling Infiniti’s two cars, although that will change soon with surging Q50 sales. 52% of all Porsches sold are Cayennes. 60% of Volvo Canada’s sales are produced by three XC models.

* indicates a vehicle which is also shown in another GCBC segment breakdown
GCBC isn’t here to break down segments, an impossible task for any group, but to display sales data for the sake of comparison. The more ways sales data can be displayed, the better, right? This explains you’ll see the XC70 listed with luxury cars as well as with SUVs and crossovers and the Touareg with luxury SUVs and mainstream SUVs… because readers have wanted it both ways. You can always find the sales results for EVERY vehicle and form your own competitive sets by using the All Vehicle Rankings posts.