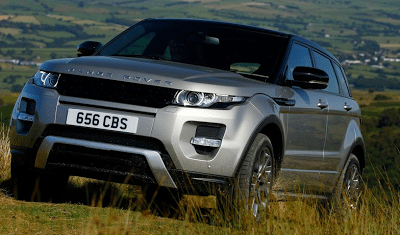 Canada’s four best-selling luxury utility vehicles all sold on more than 750 occasions in April 2013. Rewind one year, and not a single premium brand SUV or crossover sold more than 600 copies.

40% of the SUVs and crossovers sold by ten premium brands can be accounted for by the letters and numbers wrapped up in those four best-selling nameplates: RX, MDX, Q5, RDX.

It’s not as if the next two top-selling luxury utilities were unsuccessful in April. BMW X3 sales jumped 85% to 576 units; Mercedes-Benz GLK sales shot up 40% to 610 units. As a group, the six best-selling utilities accounted for 55% of luxury brand SUV sales and 30% of luxury brand vehicle sales overall.

Luxury SUVs and crossovers are separated into two groups by size (and price) below. You can see them lumped together in the accompanying chart, and you can examine the sales figures of large luxury SUVs here.

You can click any model name in the tables below to find historical monthly and yearly Canadian sales data. You can also select a make and model at GCBC’s Sales Stats page. These tables are now sortable, so you can rank Canadian luxury SUVs any which way you like. Suggestions on how GCBC should break down segments can be passed on through the Contact page.

Source: Manufacturers & ANDC
* indicates a vehicle which is also shown in another GCBC segment breakdown
GCBC isn’t here to break down segments, an impossible task for any group, but to display sales data for the sake of comparison. The more ways sales data can be displayed, the better, right? This explains why the RX and SRX are listed in both groups, and while you’ll also see the XC70 listed with luxury cars and the Buick Enclave with mainstream SUVs and crossovers, because readers have wanted it both ways. You can always find the sales results for EVERY vehicle and form your own competitive sets by using the All Vehicle Rankings posts.