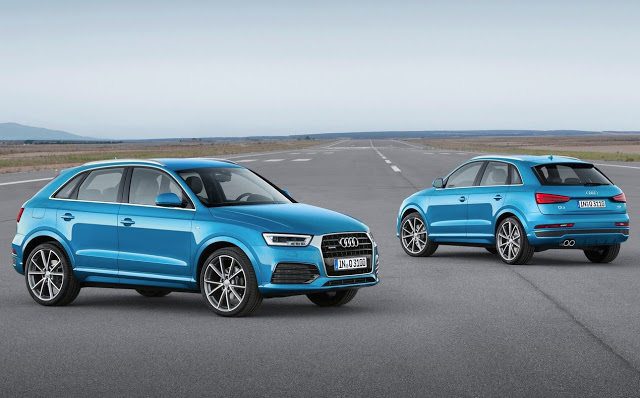 Small And Midsize Luxury SUV Sales In Canada – May 2016 YTD

A trio of compact German luxury crossovers showed up to a Canadian race in May 2016 and left with essentially the same scores.

Only 13 sales separated Canada’s top-selling compact luxury utility vehicle, the Audi Q3, from the lowest-volume vehicle in the trio, BMW’s X1. The Mercedes-Benz GLA finished May only three sales back of the Audi; only ten sales ahead of the BMW.

Coincidentally, the year-to-date order is completely different but still spectacularly close. The GLA leads with 1970 sales thanks to a 62% year-over-year increase. The Audi Q3 ranks third in the class of three, only 21 sales back of the BMW X1.
medianet_width=’300′; medianet_height= ‘250’; medianet_crid=’717379412′; These are all markedly improved numbers, but they remain relatively low-volume players compared with a much larger group of somewhat larger, more costly small luxury SUVs. Audi’s Q5, Canada’s top-selling premium utility vehicle in May and in 2015, outsells the Q3 by nearly two-to-one. The BMW X3 and X4 outsold the X1 by nearly 1100 units in 2016’s first five months. Together with their direct and indirect rivals, the one-size-up luxury utilities are more than three times more common despite their larger price tags.

We’ve included the Jaguar F-Pace in the Audi Q5-led group of luxury SUVs even though it’s on the larger end. The F-Pace is smaller than vehicles in the final table displayed below. It’s also priced far more comparably to vehicles such as the Q5 and X3 rather than the Q7 and X5.

Besides the F-Pace, May 2016 was also the first month of availability for the Cadillac XT5, the direct successor to the lingering SRX.