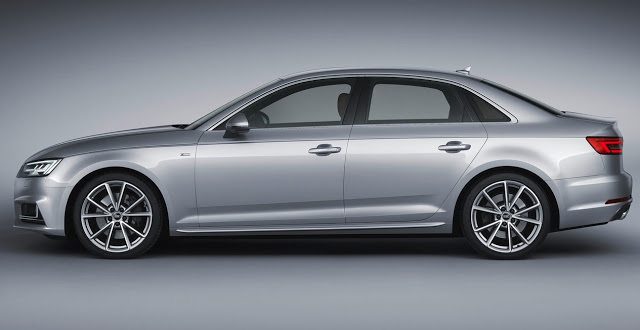 Big passenger car sales gains at Mercedes-Benz and Audi in July 2016 flew in the face of Canadian trends which point away from traditional cars toward premium SUVs and crossovers.

Audi’s thoroughly established A3 posted a hugely significant 45% year-over-year July 2016 sales improvement. The A3 now trails its most direct rival, the Mercedes-Benz CLA, by 142 units heading into August.

The A3’s big brother, Audi’s transitioning A4, posted a 20% gain to 467 units. Its Mercedes-Benz C-Class rival, the top-selling premium brand automobile in Canada, reported a 17% uptick to 888 units in July.

That was 276 more sales than the next-best-selling luxury car, BMW’s 3-Series, managed in July.

Combined sales of the 3-Series and BMW 4-Series totalled a C-Class-besting 6840 sales between January and July.

These tables are now sortable, so you can rank luxury cars any which way you like. Mobile users can now thumb across the tables for full-width access. Suggestions on how GCBC should break down segments can be passed on through the Contact page.

Source: Automakers & Global Automakers Of Canada
GCBC isn’t here to break down segments, an impossible task for any group, but to display sales data for the sake of comparison. The more ways sales data can be displayed, the better. This explains why you’ll see the XC70 listed with luxury SUVs and the Acura ILX with mainstream cars… because readers have wanted it both ways. You can always find the sales results for EVERY vehicle and form your own competitive sets by using the All Vehicle Rankings posts.
^ Mercedes-Benz’s Canadian sales figures combine the E-Class with the CLS-Class. Audi Canada’s A4 sales figures include sales of the Allroad.
‡ The XTS, K900, and Equus aren’t listed here because they’re not massive – they are – but because their price points position them much more closely to, for example, the Mercedes-Benz E-Class than the S-Class. Genesis sales figures here do not include sales of the Genesis Coupe (as Hyundai’s U.S. Genesis sales figures do), making the comparison with premium brand vehicles much more valid. We do not yet have year-to-date Maserati sales by model.