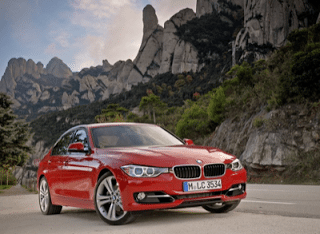 Sales of passenger cars in Canadian luxury brand showrooms have fallen more than 5% in 2013 even as the top-selling BMW 3-Series has posted significant year-over-year increases. The 3-Series accounts for 73% of BMW car sales, 40% of BMW brand sales, 34% of BMW Group sales, and 17% of the sales on this list of 52 premium brand cars, and four high-priced cars from mainstream brands.

BMW and Mercedes-Benz each sell a very similar number of cars, depending on how you define “car”. Excluding X models at BMW and including the R-Class wagon at Mercedes-Benz, the difference is only 16 units in Mercedes-Benz’s favour through the first four months of 2013. Mercedes-Benz has sold 139 more SUVs/crossovers so far this year. 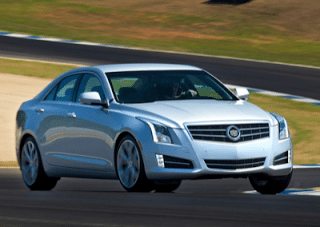 Whither the Detroit luxury tandem? Cadillac’s new ATS ranks eighth in this group, trailing the Acura ILX and Mercedes-Benz E-Class (which unfortunately includes the CLS’s Canadian numbers) but it leads the Infiniti G so far this year. The G will soon be replaced by the very attractive Q50, which will undoubtedly provide a boost to Infiniti. Car sales at Nissan’s premium division are down 42% in 2013.

As for Lincoln, Ford’s premium division now markets just two cars. The MKZ ranks 17th on this list, behind the Lexus CT200h but ahead of the declining Acura TSX.

As you can clearly see by sorting the table by the “Luxury Car” column, we’re including every car from Acura, Audi, BMW, Cadillac, Infiniti, Jaguar, Lexus, Lincoln, Mercedes-Benz, Porsche, and Volvo. Bentley and Maserati don’t report specific model sales data; Ferrari and its ilk simply don’t report. Buick sold 2479 cars in the first third of 2012. For the record, 1777 of those were Veranos, 405 were LaCrosses, 294 were Regals, and the final three were leftover Lucernes. Exceptions were made for high-priced cars like the Corvette and Viper, although they’re listed outside the rankings for obvious reasons.

These are year-to-date rankings, but you can sort luxury cars by April volume by clicking the April 2013 column header, or you can rank luxury cars by improvements or declines using the % columns. Or, most importantly, you can list automakers together by selecting the Luxury Car column header. Just remember, the list is horizontally flipped from the norm: YTD on the left, monthly data on the right. How you define “car” and how GoodCarBadCar defines “car” may differ. The Volvo XC70 is here, and it could be argued that it belongs with luxury SUVs and crossovers. But you don’t need to define car at all, not if you don’t want to. All 249 vehicle nameplates were ranked in one sortable table, as well. And shortly, you’ll see all luxury nameplates listed in one long table, cars and trucks and SUVs together.

Source: Manufacturers & ANDC
Red font indicates year-over-year declining sales
Italicized unranked lines are nothing more than available breakdowns, already included in the model’s total, not in addition to the model’s total. Sales data for brands such as Aston Martin, Ferrari, Lamborghini, Lotus, Maybach, Rolls-Royce, Tesla etc. are unfortunately not available or are not broken down by model. estimates say sales for Ferrari and Lamborghini were 18/70 (April/YTD) and 4/14 (April/YTD) respectively. Total Maserati and Bentley volume is reported, but not by specific models.