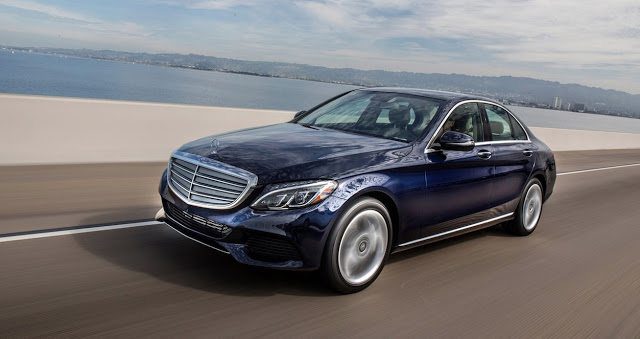 Canadian sales of the Mercedes-Benz C-Class jumped 11% to 907 units in September 2016, a year-over-year increase of 91 units for Canada’s top-selling premium brand car.

The C-Class, Canada’s 19th-best-selling car overall, has now posted sales improvements in five consecutive months after beginning the year with a 27% drop through the first four months of 2016.

The next-best-selling premium brand car, BMW’s 3-Series, is 1946 sales behind the C-Class.

It’s worth noting that C-Class volume takes into account a sedan and coupe.

3-Series sales include a sedan and wagon. 3-Series coupe, convertible, and four-door liftback sales are tallied under the 4-Series banner. Together, the 3-Series and 4-Series have outsold the C-Class — a wagon derivative of which should go on sale by early next year — by 1788 units so far this year.

September 2016 hosted the arrival of one new car in Canada’s luxury fleet. Gone is the Lincoln MKS, in is the new Lincoln Continental. 17 Continentals were reported as sold by Ford Motor Company in September.

Source: Automakers & Global Automakers Of Canada
GCBC isn’t here to break down segments, an impossible task for any group, but to display sales data for the sake of comparison. The more ways sales data can be displayed, the better. This explains why you’ll see the XC70 listed with luxury SUVs and the Acura ILX with mainstream cars… because readers have wanted it both ways. You can always find the sales results for EVERY vehicle and form your own competitive sets by using the All Vehicle Rankings posts.
^ Mercedes-Benz’s Canadian sales figures combine the E-Class with the CLS-Class. Audi Canada’s A4 sales figures include sales of the Allroad.
‡ The XTS, CT6, K900, and Equus aren’t listed here because they’re not massive – they are – but because their price points position them much more closely to, for example, the Mercedes-Benz E-Class than the S-Class. Genesis sales figures here do not include sales of the Genesis Coupe (as Hyundai’s U.S. Genesis sales figures do), making the comparison with premium brand vehicles much more valid.