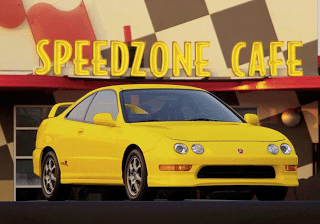 Acura sold more ILX sedans in Canada in May 2013 than in any month in the model’s brief history. The ILX, priced from $27,850, is certainly a premium-priced alternative in the minds of the thousands of new car buyers who might otherwise consider a Hyundai Elantra – or Honda Civic – but it’s no 3-Series rival.

Yet 63% of Acura’s passenger car sales in Canada last month came about because of the ILX. Excluding the ILX, Acura car sales were down 33% in May. (Acura utility vehicle sales rose 4% in May and are up 40% this year.) One of the ILX’s perceived rivals, the Buick Verano, sold on 603 occasions in May, up 1% year-over-year.

Forget the Verano, however: the ILX is doing its damage in Acura’s own showrooms. TSX sales are tumbling, but weren’t particularly strong to begin with in Canada. Acura Canada hasn’t sold more than 300 TSX sedans in a single month since December 2011.

You can click any model name in the tables below to find historical monthly and yearly Canadian sales data. You can also select a make and model at GCBC’s Sales Stats page. These tables are now sortable, so you can rank luxury cars any which way you like. Suggestions on how GCBC should break down segments can be passed on through the Contact page.

* Indicates a vehicle which is also shown in another GCBC segment breakdown
GCBC isn’t here to break down segments, an impossible task for any group, but to display sales data for the sake of comparison. The more ways sales data can be displayed, the better, right? This explains why you’ll see the XC70 listed with luxury SUVs and the Acura ILX with mainstream cars… because readers have wanted it both ways. You can always find the sales results for EVERY vehicle and form your own competitive sets by using the All Vehicle Rankings posts.