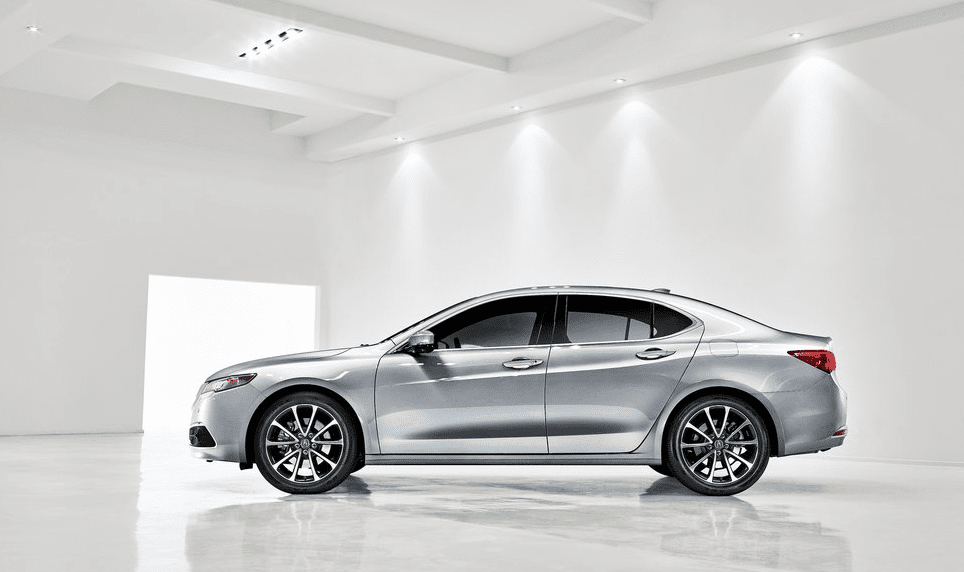 13 months ago, we used this very space to talk about the fact that Acura’s ILX was eating up TSX sales. Acura TL sales were slowing dramatically, as well.

Acura has made it clear that the TSX and TL are no more. These June and first-half Canadian sales figures also make that very clear.

The TL attracted 5801 buyers in 2004, after which sales fell in three consecutive years. TL volume fell to a low 2374 units last year.

At first glance, the pricing for the TSX and TL-replacing TLX – are these guys good with names or what, eh? – makes it sound like a surefire success. The base TLX is priced from $34,990, less than the base TSX. The 290-horsepower front-wheel-drive TLX is priced from $41,690, but that includes the Technology package. You can have an all-wheel-drive, 290-horsepower TLX (free from the chains of the Technology package) for less than $40,000, before taxes and fees. TLs with all-wheel-drive were some $4000 more expensive than this new 290-bhp all-wheel-drive TLX.

And yet, the first images of the new TLX leaving its Ohio factory look a lot like any ol’ Acura leaving a factory, a TSX or a TL or whatever alphabetical-mumbo-jumbo-named car they “styled.”. Subjectively speaking, I think the new TLX looks better than the outgoing TL or TSX (though not as good as the third-generation TL of 2004-2008), but that’s not saying a whole lot. The TLX just doesn’t really look much at all.

In the long run, will the relentless pursuit of blandness hurt Acura?

It already has. ILX volume has tumbled in ten of the last eleven months. You can level other criticisms against the ILX, but one wouldn’t argue that the new RLX is quite a specimen. Except that it looks like nothing at all. And after leading us to believe that it could slowly crawl up the luxury car leaderboard, the RLX has hit a wall. Sales in June 2014 were much lower than they were a year ago, when RLX sales were really, actually, truly quite low. Acura sold an average of 28 RLXs per month over its first ten months on the Canadian market, but that average hasn’t been matched in six of the last eight months.

I want to be a believer, and I want to drive the new TLX. But it’s not hard to see why established players like BMW, with their premium brand-leading 3-Series and its 1451 combined 3er/4er sales in June, and Audi, where car sales rose 14% in June, and Lexus, where car sales shot up 34% in June, are accomplishing things with cars, while Acura can only make headway with crossovers.

You may not like the look of the big new 4-Series or the all-the-same Audi car lineup or the new Lexus IS, but they do look like something.

Source: Automakers & ANDC
GCBC isn’t here to break down segments, an impossible task for any group, but to display sales data for the sake of comparison. The more ways sales data can be displayed, the better. This explains why you’ll see the XC70 listed with luxury SUVs and the Acura ILX with mainstream cars… because readers have wanted it both ways. You can always find the sales results for EVERY vehicle and form your own competitive sets by using the All Vehicle Rankings posts.
^ Acura combines sales figures of the outgoing RL with the new RLX. Mercedes-Benz’s Canadian sales figures combine the E-Class with the CLS-Class. Audi Canada’s A4 sales figures include sales of the Allroad.
^ Total Infiniti G/Q50/Q60 sales:
‡ The XTS, K900, and Equus aren’t listed here because they’re not massive – they are – but because their price points position them much more closely to, for example, the Mercedes-Benz E-Class than the S-Class. Genesis sales figures here do not include sales of the Genesis Coupe (as Hyundai’s U.S. Genesis sales figures do), making the comparison with premium brand vehicles much more valid.