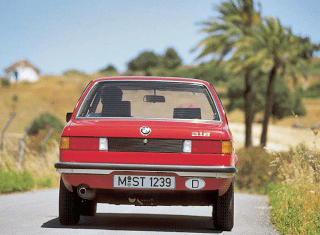 The BMW 3-Series is Canada’s best-selling luxury. By far.

If you’re alright with a car that bases at $35,990 being called “luxury.” A Bentley Continental GT Flying Spur it is not.

Nevertheless, the 3-Series does attract buyers because it is, in Canada, perceived as premium. Even if the base car has but 181 horsepower.

Incidentally, the Forte and 3-Series are Canada’s 19th and 20th-best-selling cars so far this year. The 3-Series sells on more than four occasions every time GM Canada sells a single Cadillac ATS.

Besides popularity, the 3-Series is also hugely important to BMW Canada. It accounts for more than twice as much volume as the whole Mini brand and attracts nearly four out of every ten BMW buyers.

You can click any model name in the tables below to find historical monthly and yearly Canadian sales data. You can also select a make and model at GCBC’s Sales Stats page. These tables are now sortable, so you can rank luxury cars any which way you like. Suggestions on how GCBC should break down segments can be passed on through the Contact page.

Source: Manufacturers & ANDC
* Indicates a vehicle which is also shown in another GCBC segment breakdown
GCBC isn’t here to break down segments, an impossible task for any group, but to display sales data for the sake of comparison. The more ways sales data can be displayed, the better, right? This explains why you’ll see the XC70 listed with luxury SUVs and the Acura ILX with mainstream cars… because readers have wanted it both ways. You can always find the sales results for EVERY vehicle and form your own competitive sets by using the All Vehicle Rankings posts.