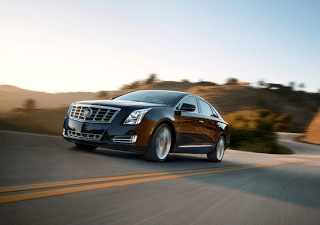 BMW Canada reported its best 3-Series sales month since last September. Once the new 4-Series arrives to take the place of the 3-Series coupe and convertible, one would assume that 3-Series sales figures will slide.

Then again, the trend – 3-Series volume more than doubled in July – is positive enough that one could also assume sales of the 3er could continue to climb, or at least level off. Possibly.

BMW’s most recently introduced rival, the Lexus IS, also reported a huge year-over-year percentage increase. Lexus only sold 116 IS sedans and convertibles in July 2012. The 116% increase translates to 315 July 2013 sales, less than a quarter of what BMW managed with the 3-Series.

However, taking on the 3-Series, outside of magazine comparison tests, isn’t something an automaker can really do. That topic has already been explored by GCBC’s editor at Autofocus.ca.

Massive year-over-year declines were reported by the Cadillac CTS, Hyundai Equus, Lexus GS, Lincoln MKS, and Volvo S80. Despite the MKS’s decline, Lincoln car sales are down 6% this year.

You can click any model name in the tables below to find historical monthly and yearly Canadian sales data. You can also select a make and model at GCBC’s Sales Stats page. These tables are now sortable, so you can rank small and midsize luxury cars any which way you like. Suggestions on how GCBC should break down segments can be passed on through the Contact page.

* Indicates a vehicle which is also shown in another GCBC segment breakdown
GCBC isn’t here to break down segments, an impossible task for any group, but to display sales data for the sake of comparison. The more ways sales data can be displayed, the better, right? This explains why you’ll see the XC70 listed with luxury SUVs and the Acura ILX with mainstream cars… because readers have wanted it both ways. You can always find the sales results for EVERY vehicle and form your own competitive sets by using the All Vehicle Rankings posts.