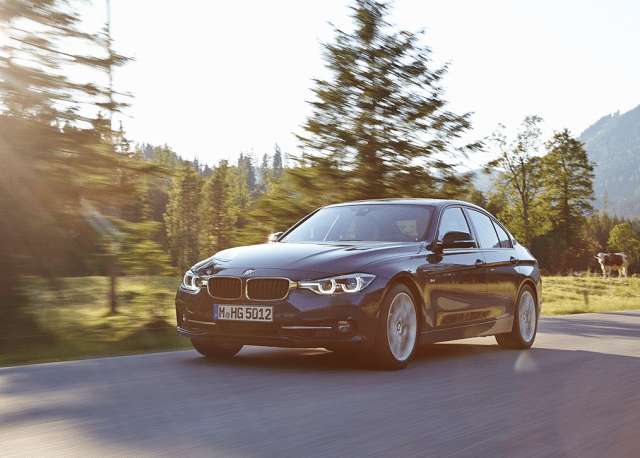 But the 3-Series ate further into the year-to-date lead of the class-leading Mercedes-Benz C-Class, sales of which jumped 60% last month.

At the end of June, the C-Class was 1030 sales ahead of the best-selling BMW. Two months later, the C-Class’s lead is down to 810 units. That gap is significant, but for the 3-Series, it’s not insurmountable.

The difficulty for BMW – if best-selling status is more important than total volume and/or profit – is that the 4-Series is now a unique nameplate and the 4-Series Gran Coupe steals some of the 3-Series sedan’s sales.

One rung up the ladder, however, both Mercedes-Benz and BMW are struggling to maintain interest in their E-Class and 5-Series lineups. Combined, the E-Class, the E-Class’s CLS-Class, and the 5-Series are down 18% so far this year. Direct rivals from Audi, Cadillac, Jaguar, and Lexus are all in decline, as well.