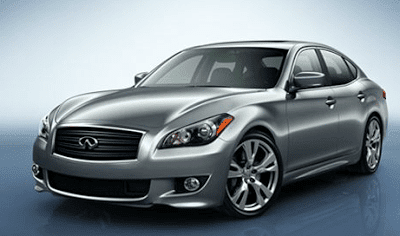 Infiniti car sales were down 8% in Canada in April 2012, but much of that decline was created by the M family of sedans. Infiniti’s G25 and G37 sedan and coupe slid by just five units. In fact, on a year-to-date basis, Infiniti car sales are up 19%. But again, that’s the Infiniti G’s doing, not the M’s. Through the end of April, M sales are down 31%, or 49 units. Conversely, the new Audi A6 reported growth of 179 units during that same period.

Yes, the A6’s growth presents a higher figure than the Infiniti M’s total volume. And the A6 is by no means the most popular midsize luxury car in Canada. Mercedes-Benz’s E-Class and CLS-Class teamed up for 456 sales in April. And the inexpensive Acura TL, an Audi A4 or Mercedes-Benz C-Class rival by price, is up 34% this year to 1183 sales.

Premium badges more often make appearances on smaller luxury cars, however. Acura may have sold 1183 TL sedans in the first four months of 2012, but Mercedes-Benz sold 1184 C-Class sedans and coupes in April alone. The C-Class was easily the best-selling luxury automobile in Canada last month. Working with the BMW 3-Series and Audi A4, the small German trio outsold the whole so-called midsize segment by 510 units in month number four.

As always, this is where we tell you that historical monthly and yearly sales figures for every one of these cars can be accessed through the dropdown menu at the top right of this page. After the jump you’ll find detailed April 2012 and YTD sales figures for 32 luxury cars, including the Hyundai Genesis sedan, sales of which are nearly twice what they were at this time last year.