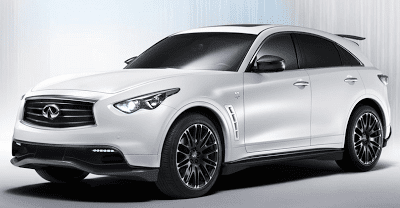 Between the three of them, Canada’s trio of best-selling luxury brands accounted for 54.4% of all premium vehicle sales in September 2011. Audi, with 12.9% of the market, was up by half a percentage point. BMW, at 21.9%, was up more than a full percentage point. And Mercedes-Benz jumped from 18.4% in August to 19.8%.

Year-over-year sales results for all these premium brands and every other brand can be seen here. The market share chart below explores the luxury sector, excluding as it does vehicles like the Hyundai Equus and Nissan GT-R because of their commonplace logos.

12,878 premium-badged vehicles were sold in Canada in September 2011. That works out to 9.6% of the overall market. (Americans provided the same brands with 11.6% of the U.S. market in September.) Aside from the month-to-month gains in market share generated by Audi, BMW, and Mercedes-Benz, only two other luxury brands reported increases: Acura and Infiniti.

Though the market share gains made by Acura and Infiniti were small, better news resulted from a comparison which looks at total September volume versus September volume from 2010. Acura sales were up 12.4%, for example. And despite what appears to be a poor showing for Infiniti – down 3.1% – that was actually Infiniti’s best (or least worst) year-over-year change since February. Moreover, Infiniti sales jumped 11.3% from August levels.