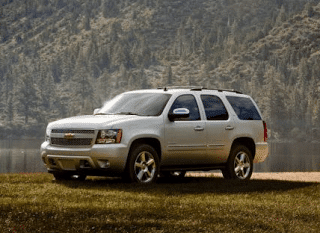 It’s a tiny market, regardless, and thus has very little impact on the industry’s bottom line north of the U.S. border. (Sales of these seven SUVs are up 9% in the U.S. this year.) For every full-size SUV sold in Canada in July, Toyota sold 3.6 RAV4s. Compare that with the results south of the border, where sales of these seven sport-utes were 24% stronger than RAV4 sales.

There were strong results in July, nevertheless. Chevrolet Tahoe sales, prone to the same sort of Canadian volume fluctuation we see with the Suburban and Chevrolet’s GMC twins, rose 373% last month. GMC Yukon volume shot up 143%. Chevrolet sold 72% more Suburbans, but that only works out to a 36-unit increase.

You can click any model name in the tables below to find historical monthly and yearly Canadian sales data. You can also select a make and model at GCBC’s Sales Stats page. This table is now sortable, so you can rank large SUVs any which way you like. Suggestions on how GCBC should break down segments can be passed on through the Contact page.