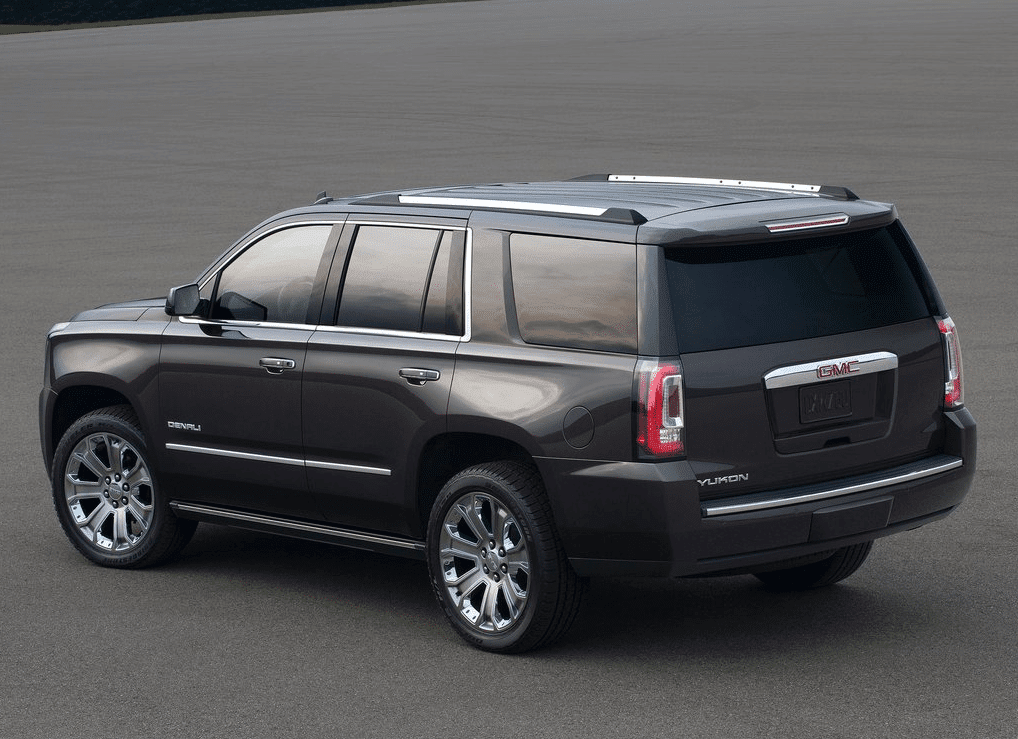 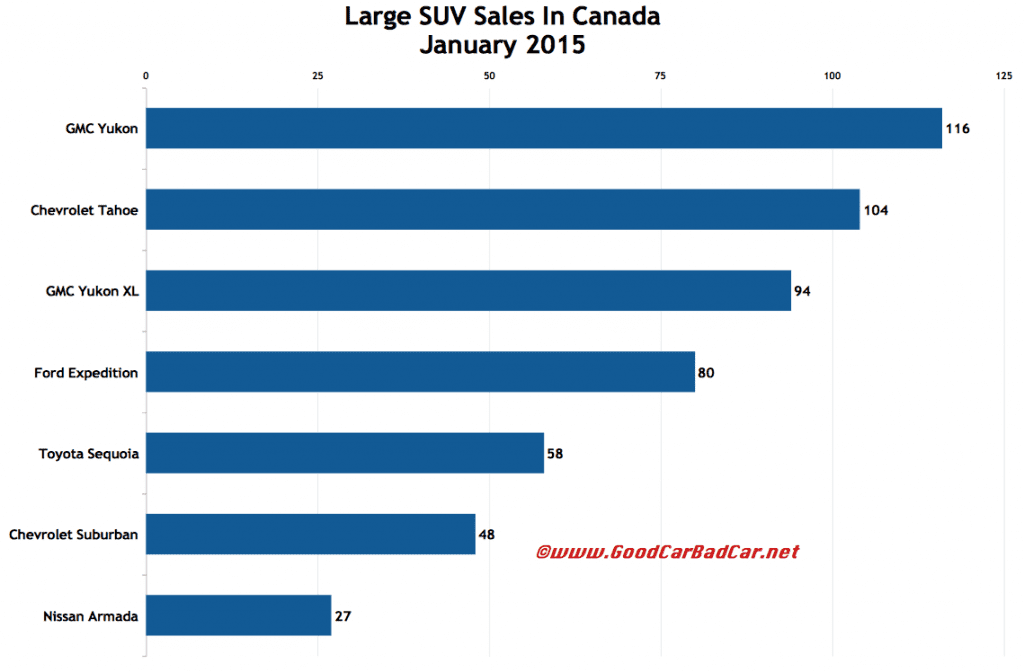 General Motors’ market share in the category grew to 68.7% from 53.3% one year ago. The four GM nameplates in the list below, together with the Cadillac Escalade and Escalade ESV, accounted for 4.4% of GM Canada’s January volume.

Oddly, the top seller in the GM group was not any of the four shown here. The Cadillac Escalade reported a 459% year-over-year improvement to 123 January sales before even taking into account the 30 long-wheelbase versions sold last month. GCBC will showcase the Escalade lineup in another segment breakdown that features SUVs from Infiniti, Lexus, Land Rover, and Mercedes-Benz.