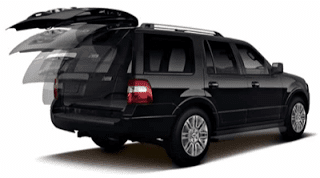 While this barely impacts the overall industry – only 259 fewer large SUVs were sold this February than last – it does manifest an exaggerated version of what’s going on in the market as a whole. Sales are down slightly in other parts, mainly at import dealers. Chrysler Canada, Ford Canada, and GM Canada have all generated improvements this year.

In the large SUV sector itself, GM owned 48.3% of the market in February, down from 50.1% in the month before and 57.7% a year ago. Keep in mind, segments this small are subject to huge percentage swings. The results rarely have a significant impact on their respective automaker’s totals. Last February, for example, the large SUV market rose 31% even as the overall industry was up just 11.2%.

As always, click the model names in the table below to find historical monthly and yearly sales figures for all these nameplates, both the Canadian and U.S. figures.

The U.S. version of this chart was published just moments ago. Americans registered 57 times more large SUVs in February. The U.S. market was only 11.6 times stronger than the Canadian market last month.