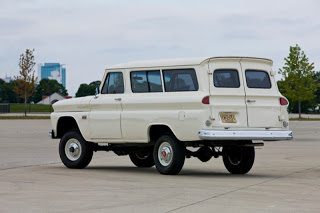 Market share distribution in Canada’s tiny full-size SUV market was rather evenly distributed in April 2013. Each vehicle accounts for 14.3% of the nameplates on offer. The leading Ford Expedition owned  20.9% of the segment. Market share for the lowest-volume vehicle, the Nissan Armada, was a not terrible 10.1%.

Compare that with Canada’s minivan category, where the leading Dodge Grand Caravan’s market share in April was 53.2% and the lowest-volume product, the Nissan Quest, owned just 0.4% of the minivan category.

Of course, four of the seven mainstream brand, full-size, truck-based SUVs available are marketed by General Motors. And they really are identical, two vehicles on each wheelbase. As a quartet, their share of the large SUV market in April 2013 was 57%, down slightly from their year-to-date market share total of 60%.

You can click any model name in the table below to find historical monthly and yearly Canadian sales data. You can also select a make and model at GCBC’s Sales Stats page. This table is now sortable, so you can rank Canadian large SUV sales any which way you like. Suggestions on how GCBC should break down segments can be passed on through the Contact page.