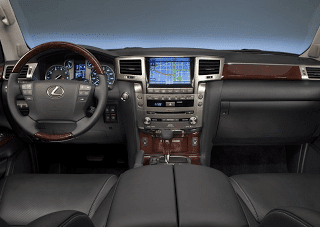 We’ve said it before, and for the sake of clarity, we’ll be saying it again. The Mercedes-Benz GL-Class, surprising though it may sound when talking about a Benz, is a value-oriented full-size luxury SUV.  The GL350 costs “just” $15,000 more than the ML350.

At Cadillac, the price jump from the SRX to the Escalade requires you to spend more than twice as much money. Moving from the Lexus GX to the Lexus LX – which, by the way, costs $18,350 more than the basic V8-engined GL – forces a $36,550 jump.

This isn’t an insult to the GL, but it certainly helps explain why the GL sells so frequently, in addition to the excellence of the product itself.

For example, Mercedes-Benz’s GL sold more than three times as often as the whole Cadillac Escalade family in October. The Escalade sold more often than the much more costly Range Rover, Lexus LX, and Mercedes G-Class, not to mention the Lincoln Navigator and Infiniti QX80.

It’s not just expensive high-end luxury SUVs with which the GL’s sales figures compare favourably. The GL-Class is Canada’s 47th-best-selling SUV/CUV nameplate, ahead of every mainstream brand’s full-size SUV, vehicles like the Chevrolet Tahoe, Ford Expedition, and GMC Yukon XL.

You can click any model name in the tables below to find historical monthly and yearly Canadian auto sales data. You can also select a make and model at GCBC’s Sales Stats page. These tables are now sortable, so you can rank large luxury sport-utility vehicles any which way you like. Suggestions on how GCBC should break down segments can be passed on through the Contact page. You’ll notice that the + icon has disappeared, but you can still identify declining year-over-year volume with the – symbol and red font.