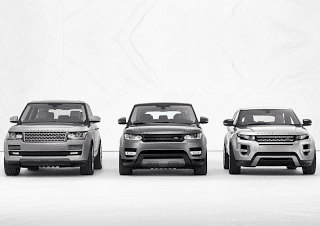 So much more than a niche player, the GL-Class has been responsible for 9.3% of non-Sprinter Mercedes-Benz brand sales in Canada this year. Only one of the GL’s competitors does that much for its brand, volume-wise, despite the fact that many of the big lux SUVs form a part of a much smaller lineup.

The Lincoln Navigator attracts 6.3% of Lincoln brand sales. The regular-wheelbase Cadillac Escalade, with 191 sales through five months, brings in 5.4% of Cadillac sales; 7.3% if you include the long-wheelbase ESV. 4.7% of Infiniti sales come from the QX, 2.1% of Lexus sales are LX570-derived.

The Range Rover is worth 15.7% of Land Rover Canada volume, 12.9% of total Jaguar-Land Rover sales. Range Rover sales have nearly doubled this year. Its momentum will likely slow soon, not only because buyers who’ve long awaited a new Range Rover will buy lease one early, but because the new Range Rover Sport might be just as impressive, but much less costly.

You can click any model name in the tables below to find historical monthly and yearly Canadian sales data. You can also select a make and model at GCBC’s Sales Stats page. This table is now sortable, so you can rank large luxury SUVs any which way you like. Suggestions on how GCBC should break down segments can be passed on through the Contact page.