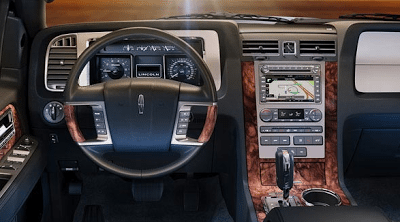 More pertinently, Cadillac promises another radical Escalade for next year. Lincoln has been overshadowed by Cadillac’s big SUV for years. Ford has promised big things for the Lincoln brand, but will a redesigned Navigator be part of the plans?

Dreadfully ugly though the MKT may be, it’s been selling more often than the Navigator this year. (It trailed the Navigator by 132 units at this time last year.) 57% of Lincoln’s volume comes from the Edge-based MKX.

You can click any model name in the tables below to find historical monthly and yearly Canadian sales data. You can also select a make and model at GCBC’s Sales Stats page. These tables are now sortable, so you can rank large luxury SUVs any which way you like. Suggestions on how GCBC should break down segments can be passed on through the Contact page.

Source: Manufacturers & ANDC
GCBC isn’t here to break down segments, an impossible task for any group, but to display sales data for the sake of comparison. The more ways sales data can be displayed, the better, right? You can always find the sales results for EVERY vehicle and form your own competitive sets by using the All Vehicle Rankings posts.