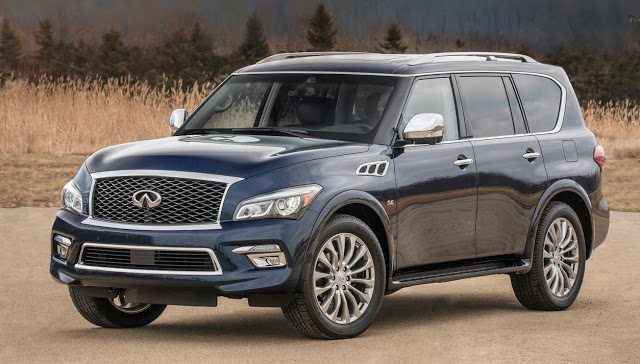 Canada’s favourite flagship luxury SUVs suffered modest but measurable downturns in April 2016, but the segment continues to roar ahead of 2015’s pace thanks to gains produced across the board.

Through the first-third of 2016, Canadian sales of the Mercedes-Benz GL-Class are up 5%, and as availability of the updated, renamed GLS-Class improves, sales should rise more quickly. Cadillac Escalade volume is up 6%, a gain of 44 sales through the first four months of 2016.

Infiniti and Land Rover have both added to their QX80 and Range Rover tallies – QX80 volume is up 80% so far this year, and the big Infiniti shot past the 100-unit mark for the second consecutive month, and just the second time ever.

Lower-volume contenders from Lexus and Lincoln are also on the rise, particularly in the Land Cruiser-based LX570’s case. The Navigator now trails every member of the pack, though 2016 is on track to be the big Expedition-based Lincoln’s third consecutive year of growth.