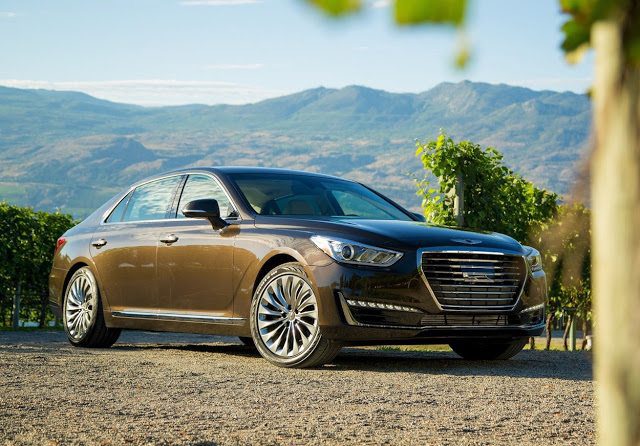 But you can draw some parallels. That which Toyota attempted to do with Lexus nearly three decades ago is the same upmarket move Hyundai is now attempting with the Genesis brand, launched in November 2016 with not a single Canadian dealer. One of the first two Genesis models launched is the Genesis G90, known in previous-generation form as the Hyundai Equus. One of the first two Lexus models released was the Lexus LS.

Now, at the end of the fourth-generation of the Lexus LS, the first Genesis G90 outsold the fourth Lexus LS in November 2016.

Of course, Mercedes-Benz sold 86 copies of the S-Class in November 2016, nearly quadruple the total achieved by the Lexus LS and Genesis G90 combined.

This table is sortable, so you can rank large luxury cars any which way you like. Suggestions on how GCBC should break down segments can be passed on through the Contact page. Mobile users can now thumb across the table for full-width access.

Source: Automakers & Global Automakers Of Canada
GCBC isn’t here to break down segments, an impossible task for any group, but to display sales data for the sake of comparison. You can always find the sales results for EVERY vehicle and form your own competitive sets by using the All Vehicle Rankings posts. Sales data for brands such as Ferrari, Lamborghini, and Rolls-Royce are unfortunately not broken down by model. estimates say sales for those brands in 2016’s first ten months were 198, 160, and 78 units, respectively. It is believed that Tesla sold 2034 new vehicles during the first 11 months of 2016. GCBC shows the Cadillac XTS and CT6, Hyundai Equus, and Kia K900 with midsize luxury cars not because of their size, but because the price points are much more directly comparable.