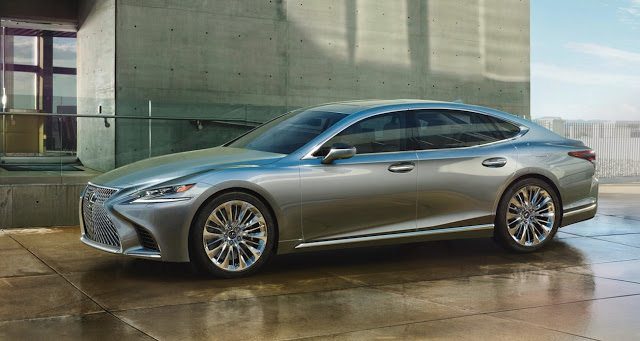 Canadian sales of the Mercedes-Benz S-Class slid 7% in 2016, but the S-Class still easily outsold its rivals over the course of the calendar year.

In fact, the S-Class outsold the Jaguar XJ and surging BMW 7-Series combined.

Because of the 7-Series’ surge and a significant increase for the low-volume Maserati Quattroporte, sales across the sector increased in 2016.

December was a particularly decent month, as well, with a 12% increase driving sales up to 292 units. After stumbling through much of 2016, the S-Class jumped 21% in December. XJ, LS, and Quattroporte volume improved, as well.

2017 will be another year of transition for the full-size luxury car sector as Lexus launches its all-new, fifth-generation LS sedan.

Never the powerhouse in Canada that it was (but no longer is) in the United States, Lexus has declared that the new, lower LS will be a more dynamic player. Canadian sales of the Lexus LS fell 84% between 2007 and 2016.

Source: Automakers & Global Automakers Of Canada
GCBC isn’t here to break down segments, an impossible task for any group, but to display sales data for the sake of comparison. You can always find the sales results for EVERY vehicle and form your own competitive sets by using the All Vehicle Rankings posts. Sales data for brands such as Aston Martin Ferrari, Lamborghini, Lotus, Rolls-Royce etc. are unfortunately not made available in Canada. Tesla doesn’t release a monthly Model S sales report, either. estimates for Ferrari, Lamborghini, and Rolls-Royce were 216, 175, and 86 cars, respectively, in 2016. Bentley sold 4 Mulsannes and 24 Flying Spurs in 2016. Tesla sold 1320 copies of the Model S in the first 11 months of 2016. GCBC shows the Cadillac XTS and CT6, Hyundai Equus, Lincoln Continental, and Kia K900 with midsize luxury cars not because of their size, but because the price points are much more directly comparable.