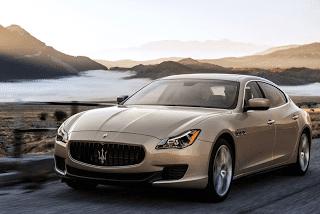 At the same time, the outgoing Mercedes-Benz S-Class’s departure was too far in advance of the new S-Class’s arrival to keep sales steady. S-Class (and CL-Class coupe) volume tumbled 67%.

BMW 7-Series sales, on the other hand, rose 13% to a class-leading 52 units in August 2013. 7-Series sales are way down this year, but tend to fluctuate wildly even in a good year.

Other big but lower-priced luxury sedans are shown with more comparably-priced midsize sedans like the Mercedes-Benz E-Class and BMW 5-Series. Hyundai Equus sales rose by two units to nine in August. Cadillac XTS sales rose three units to 51. And the Lincoln MKS was down 56% to twelve August sales.

You can click any model name in the table below to find historical monthly and yearly Canadian auto sales data. You can also select a make and model at GCBC’s Sales Stats page. This table is now sortable, so you can rank large luxury cars any which way you like. Suggestions on how GCBC should break down segments can be passed on through the Contact page.

As we mentioned last month, you’ll notice we’ve included the Audi A7 in the “large” lux category, while, for the time being and for consistency’s sake, still including it with its sibling, the A6, in the midsize category. We’d also like to include the Mercedes-Benz CLS-Class, but Canadian sales figures include the CLS with the E-Class. While the two cars aren’t necessarily the most conventional rivals for the Mercedes-Benz S-Class, they’re certainly pricey enough to enter into the conversation.

Source: Automakers & ANDC
GCBC isn’t here to break down segments, an impossible task for any group, but to display sales data for the sake of comparison. The more ways sales data can be displayed, the better, right? This explains why you’ll see the BMW 6-Series here as well as with sporty cars… because readers have wanted it both ways. You can always find the sales results for EVERY vehicle and form your own competitive sets by using the All Vehicle Rankings posts. Sales data for brands such as Aston Martin, Ferrari, Lamborghini, Lotus, Rolls-Royce etc. are unfortunately not made available in Canada. Tesla doesn’t release a monthly Model S sales report, either, but we do know that Tesla sold 342 copies of the Model S in the first six months of 2013. estimates for Ferrari and Lamborghini were 18 and 4, respectively in August. Total Maserati and Bentley volume is reported, but not by specific models.