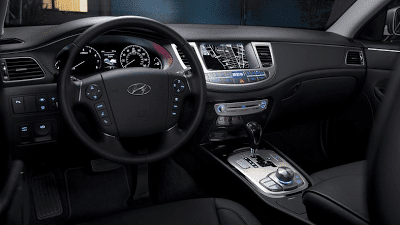 The worst? Hyundai Genesis sales tumbled to just 49 units, two more than Kia managed with its new Cadenza, a car too new for YOY comparisons.

Chrysler 300 sales were chopped in half.

The Dodge Charger, up 45% in September and 15% this year, was Canada’s best-selling big car. The Charger trails its fraternal twin, the Chrysler 300, by 681 units through the first nine months of 2013. 31% of the 300s sold in Canada this year left dealers in May.

Source: Manufacturers & ANDC
Genesis refers only to the sedan, not the coupe.
GCBC isn’t here to break down segments, an impossible task for any group, but to display sales data for the sake of comparison. The more ways sales data can be displayed, the better, right? You can always find the sales results for EVERY vehicle and form your own competitive sets by using the All Vehicle Rankings posts.