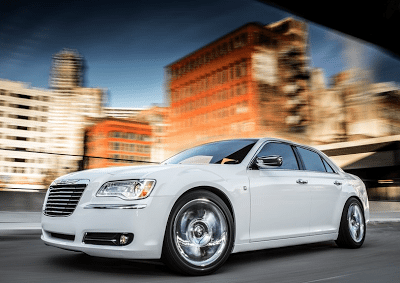 Canada’s large car market continued to slide in October 2013, though not as harshly as it has earlier this year. Sales of big, mostly Detroit-badged machines were already low a year ago. October’s 1306 units represents a 4% decline.

As a result of massive declines at Buick and Chevrolet, where sales of the LaCrosse and Impala have both been chopped in half compared with the first ten months of 2012, large car volume is down 21% so far this year.

It doesn’t help that Canada’s current top seller, the Chrysler 300, is down 7%. Nor is the segment lifted by the disappearance of the Buick Lucerne or slowing sales of the Ford Taurus, Hyundai Genesis sedan, and Nissan Maxima.

Toyota Avalon volume was up 267% in October, but the Avalon was rising from the basement, and it’s hardly made any progress toward the ground floor. Only 88 Avalons were sold last month.

• All 257 Vehicles Ranked By October 2013/YTD Canadian Sales
• All 148 Cars Ranked By October 2013/YTD Canadian Sales
You can click any model name in the tables below to find historical monthly and yearly Canadian auto sales data. You can also select a make and model at GCBC’s Sales Stats page. These tables are now sortable, so you can rank large cars any which way you like. Suggestions on how GCBC should break down segments can be passed on through the Contact page.
Click Column Headers To Sort – October 2014 – November 2013 – September 2013 – October 2012