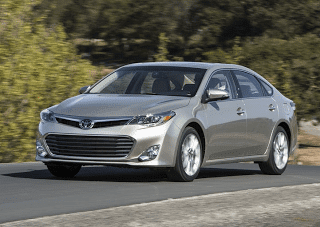 In November 2013, for the third time this year and the second consecutive month, the Chrysler 300 was the best-selling car in its class in Canada.

On three other occasions, the 300’s Dodge sibling, the Charger, led the category in Canadian sales.

GM’s big cars from Buick and Chevrolet plummeted. This isn’t the first time. LaCrosse sales are down 52% through the first eleven months of 2013. Impala volume has been cut in half this year.

You can click any model name in the tables below to find historical monthly and yearly Canadian auto sales data. You can also select a make and model at GCBC’s Sales Stats page. This table is now sortable, so you can rank large cars any which way you like. Suggestions on how GCBC should break down segments can be passed on through the Contact page.

* Genesis refers only to the sedan, not the coupe.
GCBC isn’t here to break down segments, an impossible task for any group, but to display sales data for the sake of comparison. The more ways sales data can be displayed, the better, right? You can always find the sales results for EVERY vehicle and form your own competitive sets by using the All Vehicle Rankings posts.