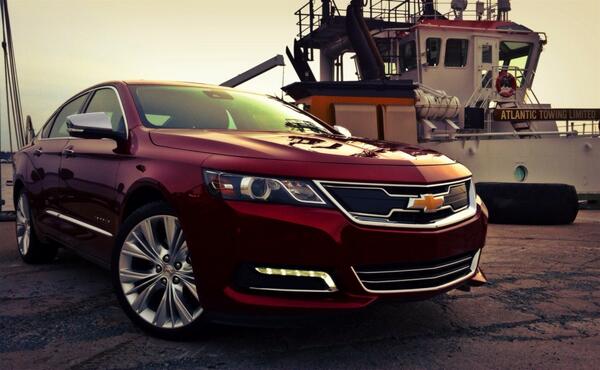 Canadians continue to buy fewer and fewer big volume brand cars, a story which, in March/Q1 2014 terms, is all the more sad because of the car that’s visiting GCBC Towers this week. The 2014 Chevrolet Impala is a hugely impressive device.

Yet in LTZ trim, particularly with options that take the price to $47K, it’s abundantly clear that this isn’t the car for Canadians. It’s too good to miss out on the available sales in a growing market, but it’s also a nearly perfectly executed example of the type of car we easily reject.

Nevertheless, March 2014 was the best Impala sales month since last April; the second-best since August 2012. Impala sales have decreased in Canada in each of the last seven years, and further decreases with this less fleet-friendly car are anticipated. GM Canada was selling 1790 Impalas per month in 2006, 950 per month in 2010, but just 313 per month in this last quarter.

The Dodge Charger has taken over as Canada’s leading volume brand big car. But don’t mistake this for total replacement. The Charger isn’t on pace to sell like the Impala once did, and even if the Charger’s current rate of rapid first quarter improvement holds, Chrysler Canada won’t match 2006’s Charger sales pace. And the chances that Dodge could double monthly Charger sales aren’t good.

As you can see above, GCBC has installed a new chart format above. It’s interactive and expandable in the top right – it’s highly scrollable. You can click any model name in the tables below to find historical monthly and yearly Canadian auto sales data. You can also select a make and model at GCBC’s Sales Stats page. The table below is now sortable, so you can rank these large cars any which way you like. Suggestions on how GCBC should break down segments can be passed on through the Contact page.