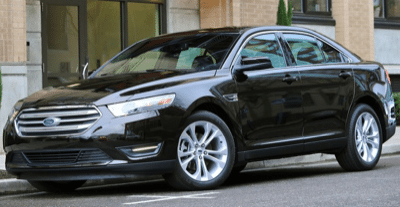 In the first quarter of 2013, Canadians acquired 5631 copies of the Buick LaCrosse, Chevrolet Impala, Chrysler 300, Dodge Charger, Ford Taurus, Hyundai Genesis (sedan), Nissan Maxima, and Toyota Avalon.  That’s down 22% from the 7192 copies of the same cars which were sold in the same period of last year. And we’re excluding the fact that Buick also sold 389 Lucernes last year. Including that barge in the tally would mean sales in the large mainstream brand category fell 26%.

Blame the Impala, most of all. It’s due to be replaced shortly, and it contributed 1260 units in the loss column. Ford made up 683 of those lost Impala sales with improved Taurus volume. But still, the 300 and Charger were down and Buick lost nearly two-thirds of the LaCrosse’s Q1 2012 volume.

Toyota’s Avalon? Americans bought 54 times more Avalons in the first three months of 2013 than did Canadians. The overall U.S. market was only 10.4 times bigger.

You can click any model name in the table below to find historical monthly and yearly Canadian sales data. You can also select a make and model at GCBC’s Sales Stats page. The table is now sortable, so you can rank Canada’s large cars any which way you like. Suggestions on how GCBC should break down segments can be passed on through the Contact page.

Source: Manufacturers & ANDC
* Indicates a vehicle which is also shown in another GCBC segment breakdown
Genesis refers only to sales of the sedan.
GCBC isn’t here to break down segments, an impossible task for any group, but to display sales data. The more ways sales data can be displayed, the better, right? You can always find the sales results for EVERY vehicle and form your own competitive sets by using the All Vehicle Rankings posts.