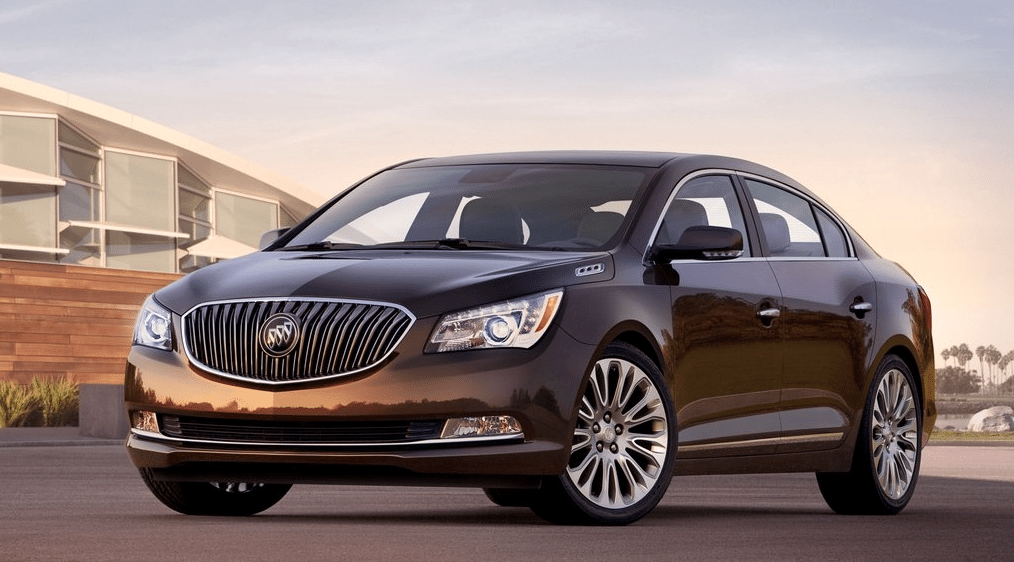 Canadian sales of big sedans from volume brands are down 22% in 2014. June wasn’t quite as bad as the overall first half, but last month’s 18% decline represented 474 fewer sales.

Chrysler and Dodge combined to own nearly half the category as 300 sales increased 18%. Kia added one Cadenza sale. Sales of the new, distinctly more premium Hyundai Genesis sedan nearly tripled.

But the Buick LaCrosse, Chevrolet Impala, Dodge Charger, Ford Taurus, Nissan Maxima, and Toyota Avalon all posted declines of at least 32%. These would be more major losses had sales of those cars not already been rather low.

Buick, for example, only sold 137 LaCrosses back in June 2013. LaCrosse volume is 40 times stronger in the United States, where the auto market is only nine times bigger.

You can click any model name in the tables below to find historical monthly and yearly Canadian auto sales data. You can also select a make and model at GCBC’s Sales Stats page. These tables are now sortable, so you can rank large volume brand cars any which way you like. Suggestions on how GCBC should break down segments can be passed on through the Contact page.

Source: Automakers & ANDC
* Genesis refers only to the sedan, not the coupe. For Canadian purposes – Hyundai USA doesn’t yet breakdown sales figures for the sedan and much less costly coupe – the Genesis will now be shown with both these volume brands, with which Hyundai is a direct competitor, and midsize luxury cars, with which the Genesis competes.
GCBC isn’t here to break down segments, an impossible task for any group, but to display sales data for the sake of comparison. The more ways sales data can be displayed, the better. You can always find the sales results for EVERY vehicle and form your own competitive sets by using the All Vehicle Rankings posts.