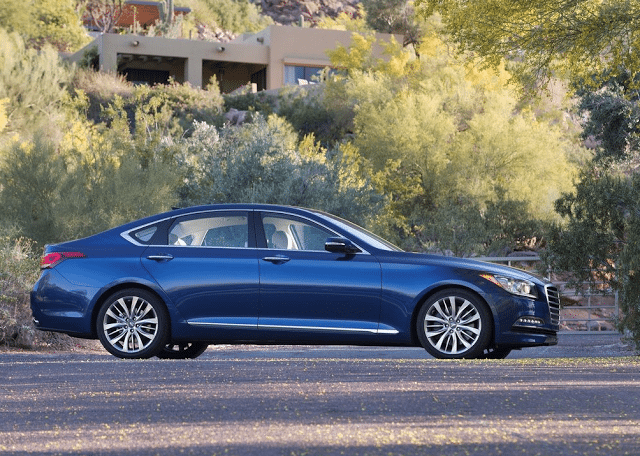 The category, led this year by the Dodge Charger but by the Ford Taurus during the month of August specifically, lost nearly 100 sales last month, year-over-year. The majority of copmpeting nameplates posted fewer sales in August 2015 than they did one year ago: Impala, 300, Taurus, Genesis, Cadenza, Avalon.

The Buick LaCrosse’s 42% improvement was an exception to the rule – LaCrosse sales are down 16% this year.

The Dodge Charger’s 20% improvement is notable for the car’s consistency, yet volume remains low, even for the segment leader.

The Nissan Maxima’s 89%, 89-unit increase comes as Nissan continues its launch of the eighth-generation Maxima.

medianet_width=’468′; medianet_height= ’60’; medianet_crid=’481536334′;
You can click any model name in the tables below to find historical monthly and yearly Canada auto sales data. You can also select a make and model at GCBC’s Sales Stats page. These tables are now sortable, so you can rank large cars any which way you like. Suggestions on how GCBC should break down segments can be passed on through the Contact page.