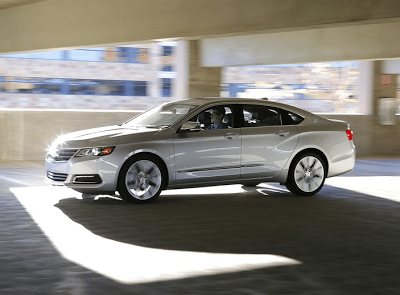 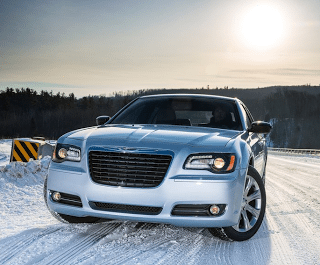 Despite tumbling sales in the United States, sales of the Chrysler 300 were booming in Canada in April 2013. Sales of Chrysler’s priciest passenger car plunged 47% in the United States last month and are down 27% through the first quarter. In Canada, 300 sales are up 9% this year – in a market that’s grown just 1.4% – and the 300’s 69% gains in April brought in 359 extra buyers.

Chrysler Canada did, however, lose 836 200 sales in April. And while the 300’s year-over-year gains are impressive, the nameplate accounted for just 0.5% of the new vehicles sold in Canada in April.

We’re not talking about the biggest Canadian sales category here, after all. Five different cars outsold this whole eight-car category in April.

As for the class-leading Chevrolet Impala, sales have fallen as expected. The Impala is in a replacement phase. But how will the car fare when Chevrolet begins its attempt to attract a greater percentage of retail customers – rather than emphasizing Budget, Alamo, and Enterprise – who traditionally haven’t wanted to pay top dollar for a big Chevrolet? Top-end 2014 Impalas start at $39,645, 15% higher than where the 2013 Impalas topped out. At that price, Chrysler buyers can have an all-wheel-drive Hemi-powered 300C.

April 2013 was the first month in which Kia Canada sold Cadenzas. It’s still not featured on the company’s Canadian website as anything other than a concept, however.

You can click any model name in the table below to find historical monthly and yearly Canadian sales data. You can also select a make and model at GCBC’s Sales Stats page. This table is now sortable, so you can rank Canadian large car sales any which way you like. Suggestions on how GCBC should break down segments can be passed on through the Contact page.

Source: Manufacturers & ANDC
* vehicle also displayed in another GCBC segment breakdown
Genesis refers only to the sedan, not the coupe.
GCBC isn’t here to break down segments, an impossible task for any group, but to display sales data for the sake of comparison. The more ways sales data can be displayed, the better, right? You can always find the sales results for EVERY vehicle and form your own competitive sets by using the All Vehicle Rankings posts.