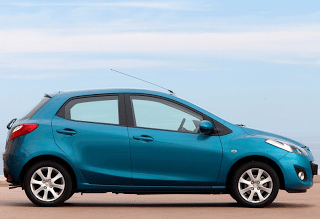 By volume, no currently-produced mainstream brand car sold on fewer occasions than the Honda Insight in June 2012. Premium brands Lexus and Acura only sold half as many LS and RL sedans in Canada last month.

As is always the case, developing a list of qualified candidates requires some decision-making. Is the GMC Canyon a cancelled vehicle? Insiders say GM has every intention of building a next-gen Colorado copy, but it won’t be for a while. And we know the current Canyon is not long for this world. Regardless, if we remove the Canyon from the worst sellers list in strict accordance with the rules, another GMC takes its place. The Yukon was down 47.2% to just 38 sales in June 2012. Honda Accord sales slid 46.8% to 633. The Chevrolet Camaro and Jaguar XJ both fell 46.2%, to 361 and 14 units, respectively.

More than anything, these three monthly worst sellers lists offer a fun look at what went wrong in the Canadian auto industry and, in the case of the Mercedes-Benz SLS AMG, what went according to plan. We pay a lot more attention to best sellers here at GoodCarBadCar.net. Check out those lists at this link. Below you’ll see specific June 2012 sales data for the worst-selling automobiles in Canada. By visiting GoodCarBadCar you also gain access to a free database where we hold historic monthly and yearly sales figures for every vehicle currently on sale in North America. Use the first dropdown menu at GCBC’s Sales Stats home or look for the same menu near the top right of this page.