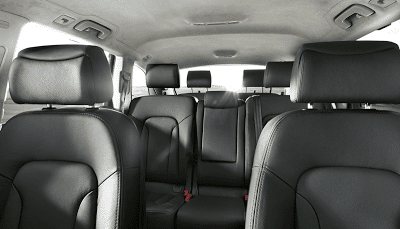 Acura MDX sales fell 38% compared with a month ago when 625 were sold. Perhaps stock was killed off. Through six months, M-Class sales have just about doubled. Porsche Cayenne sales are down slightly this year but jumped 29% in June. Unfortunately, Porsche Canada stopped supplying their best-on-the-market model-by-model breakdown with June’s results, so we don’t know how many of the Cayennes sold were $122K Turbos.

There’s amazing parity in the small luxury SUV class. The X1 is now a consistent class-leader, but it’s not as though the little BMW is stealing a wild amount of sales from its chief rivals. Of the 3277 June sales recorded by the ten luxury utilities in the first table visible after the jump (and in the accompanying chart which you can click for a larger view), only 19% were BMW X1s. 17% were Acura RDXs. Another 17% belonged to the Mercedes-Benz GLK, 14% to the BMW X3, and 12% of the market was the Audi Q5’s.

Nothing against the X1’s ability to outsell its big brother and its big brother’s rivals, we’re just not going to call this dominance. The Dodge Grand Caravan owned 58% of the minivan market in June 2012.

Historical monthly and yearly sales figures for all these vehicles can be accessed free of charge through the first dropdown menu at GCBC’s Sales Stats home or near the top right of this page. After the jump you’ll find detailed June 2012 and year-to-date sales info for 27 different luxury utility vehicles. We’ll publish data for the biggest and baddest luxury SUVs shortly.