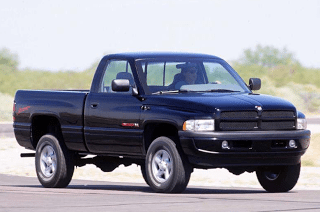 Not since January has the list of Canada’s five best-selling trucks not run in the same order. The sales figures of the five best-selling trucks in Canada are different each month. Yet since February, the Ford F-Series has led the way with the Ram in second spot, the GMC Sierra in third, the Chevrolet Silverado in fourth, and the Toyota Tacoma trailing way behind.

The four best-selling pickup trucks in Canada accounted for 14.3% of the overall new vehicle market in June 2012. The F-Series was responsible for one-third of all Ford brand sales. The Ford brand is Canada’s best-selling automotive brand. Satisfying one-third of such a company’s customers means the F-Series is an extremely high-volume product. In fact, the Ford F-Series outsold all but four automakers in June: Toyota, Chevrolet, Hyundai, and Honda.

We’ve already published the lists of Canada’s 20 best-selling cars and 20 best-selling SUVs and crossovers. The four leading trucks would have qualified for both lists. The Toyota Tacoma wouldn’t have ranked among the most popular passenger cars.

Over the coming hours you’ll be able to find June 2012 and year-to-date numbers among the historical monthly and yearly sales figures for these five trucks and every other nameplate on sale in North America. Just use the first dropdown menu at GCBC’s Sales Stats home or navigate your way to the top right of this page. Most vehicles have already had their Canadian updates. All U.S. numbers have been reported. Now, check out detailed June 2012 sales figures for the five best-selling trucks in Canada in June 2012.