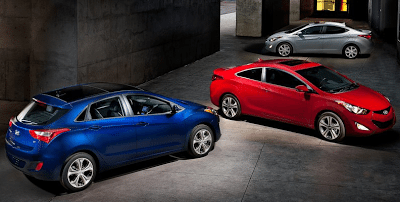 That’s the behind the scenes story. Centre stage, the Honda Civic was easily Canada’s best-selling car in June 2012 as the Hyundai Elantra tailed off with falling Touring sales in advance of the GT’s arrival. Hyundai Canada actually sold more Elantra sedans than at any other time in the car’s history, but Touring sales dropped 31% to 1022.

After the six leading compact cars are out of the way, the subcompact (yet awfully roomy) Hyundai Accent sits in seventh, the almost-considered-a-midsize Volkswagen Jetta in eighth, the surprising Ford Fiesta in ninth, and finally a midsize car – the Toyota Camry – in tenth. The Camry expanded its year-to-date lead over its closest midsize rival to 1499 units.

Canada’s new vehicle market improved by a small 3% margin in June. Sales rose 7.1% in the first half of 2012. Quite clearly Canada’s best-selling car, the Civic, is a large contributor to that growth. At this point last year Honda Canada had sold 5786 fewer Civics. So important a part of Canada’s auto market the Civic is that without its 22% year-over-year increase, the Canadian auto industry would have collectively grown 6.4%, not 7.1%, in the first six months of 2012.

Over the course of the next few hours GoodCarBadCar will be finalizing June 2012 updates in the searchable database of historical monthly and yearly sales data. You can access those sales figures – which are available for every model currently on sale – through the first dropdown menu at GCBC’s Sales Stats home or near the top right of this page.