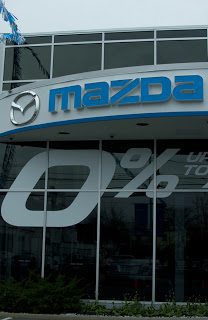 Automakers competing in the Canadian market have all released their respective June 2012 Canadian auto sales figures. Despite a booming overall total, the news is mixed, as the three largest competitors failed to keep pace with industry growth.

Dodge set a monthly sales record with the Grand Caravan and Jeep did the same with the Wrangler, but overall Dodge sales barely rose and Jeep was down 18%. Kia’s June was the 42nd consecutive month in which volume increased, year-over-year. FoMoCo sales took a hit as the Ford brand slid 9%. General Motors took a big hit as the only brand to report a year-over-year increase was Buick, sales of which rose 24.3%, with thanks to the Verano.

The Canadian auto industry grew 2.8% in June 2012 and is up 7.1% through six months. Even with Ford Motor Company and GM Canada slowing the pace, this was the best June in Desrosiers‘ records, ousting June 2007’s 169,209 sales.

Canada’s favourite luxury brand continues to be Mercedes-Benz. Strip away the Sprinter and BMW wins the June race by 253 units. Mercedes-Benz, sans Sprinter, outsold BMW by 605 units in the first six months of 2012.

You’ll encounter boatloads of fun facts about the Canadian auto industry’s impressive June performance over the next few weeks. Here’s a preview: Scion sold 410 FR-S sports cars in its first month on sale, 47% of Infiniti sales in June were of the JX35 variety, and the Ford F-Series was responsible for 5.8% of all new vehicle sales in Canada last month.

Throughout the course of the day GCBC’s model-by-model sales database has been updated with June 2012 and year-to-date sales figures, to go along with a decade’s worth of historical yearly totals. You have free access to that database – which features U.S. numbers, as well – by skipping through the first dropdown menu at GCBC’s Sales Stats home or at the top right of this page. Click the accompanying market share chart for a look at the dominant and not-so-dominant automobile manufacturers in a different light. The table below ranks every brand by total June volume.

More interested in what went on in the United States in June? We’ve already published U.S. brand rankings, two market share charts, and multiple best seller lists. Check all that stuff out under the U.S. June 2012 label.