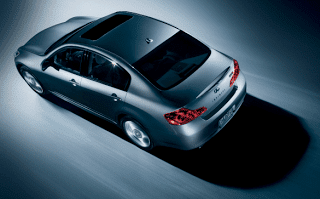 The BMW 3-Series, just as likely a purchase in June 2012 as the Kia Optima was, ended the month as the best-selling premium brand vehicle in Canada. Through the first half of 2012, the 3-Series trails its most famous rival, the Mercedes-Benz C-Class, by 647 sales.

After taking a month off in order for the BMW X1 to grab top spot, Canada’s best-selling premium brand utility vehicle is the Lexus RX. 12.4% of the RX crossovers sold in June 2012 were hybrids. Down the line in 27th spot (where it’s tied with the Volvo S60) sits the Lexus IS. IS sedan sales slid 26% year-over-year; ISC sales rose 41% to 41.

The all-new Infiniti JX has certainly proven to be a hit, both south of the border and here in Canada. In May, the JX35 was America’s 18th-best-selling luxury vehicle. (It dropped to 23rd in June.) The three-row Infiniti crossover ranked 13th in Canada in May, its second month on sale, and 14th in June. The JX accounted for 47% of Infiniti Canada’s volume in June.

40% of Canada’s ten best-selling premium brand vehicles in June were Mercedes-Benzes. 60% of the first third of this list is filled with SUVs/CUVs/crossovers. Eight of the ten highest-ranked luxury vehicles wear German badges.

Historical monthly and yearly sales figures for all these models can be accessed free of charge through the first dropdown menu at GCBC’s Sales Stats home or near the top right of this page. Key links to other important posts should be clicked at the bottom of this article. Below you’ll find a detailed table of June 2012’s 30 best-selling luxury vehicles in Canada.