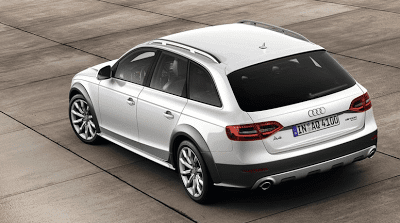 With the ILX taking its place, it’s not surprising to see that sales of the old Civic-based Acura CSX have fallen 98% in 2012. More startling are the numbers from BMW, Cadillac, and Infiniti. While Canada’s new vehicle market has improved 7% in the first seven months of 2012 (compared with the first seven months of 2011), sales of the 1-Series, 3-Series, CTS, and M have fallen 32%, 16%, 25%, and 27%, respectively.

In the 1-Series’ case, it’s perfectly explainable. There’s a new 1-Series available already in other locales, and coupes/convertibles are slaves to new style anyway. The 1-Series’ age means the time for year-over-year improvements has ended. The 3-Series, too, has its reasons. With the sedan changing over from the E90 to the F30 generation, supply has been limited to a degree. (Not that you’ll find it all that shocking, but one must wonder how new 3-Series owners would feel if they so how hard their cars are sometimes driven off the boat and across Main Road in Eastern Passage, Nova Scotia. It’s brief, but full of bursts. Eek.)

The reasons for the Infiniti M’s lack of marketplace success have never been fully understood. Ever since the second-gen M took over from the… er, unique first-gen M45, it’s been a decent-looking, high-performance machine. The M is now available with a V6, a V8, a hybrid powertrain, and with all-wheel-drive. Its base price is some $5400 less than that of the Mercedes-Benz E300 4Matic. But nobody wants this car. And, presumably, fewer buyers want it now than at this time last year.

Historical monthly and yearly sales figures for all these luxury cars can be accessed through the first dropdown menu at GCBC’s Sales Stats home or near the top right of this page. After the jump you’ll find detailed July 2012 and year-to-date sales data. Click either of the accompanying charts for a larger view.

Source: Manufacturers & ANDC
Equus and XTS are here on pricing grounds. Genesis refers only to the sedan.