Apparently Suzuki isn’t dead in Canada, as it is in the United States now. Yet Suzuki only sold 23 Kizashis in Canada in January 2013. Hyundai’s Elantra outsold the Kizashi 129-to-1 last month. 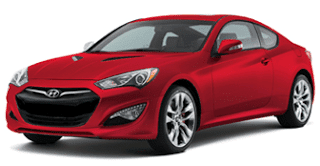 Judged by year-over-year change, the Jaguar XK was the worst-selling car in Canada in January 2013. XK sale(s) fell 83% to a single unit. BMW Z4 sales dropped 78%. Big GM cars from Chevrolet and Buick – the Impala and LaCrosse, specifically – fell 77% and 70%, respectively. BMW X1 sales have fallen in six consecutive months. The Lexus IS’s 58% decline, which brought it right to the borderline, isn’t completely unexpected: a new IS has already debuted. Consumers would be wise to wait.

Historical monthly and yearly sales figures for these and other vehicles are available at GCBC’s Sales Stats page – simply select a make and model. For a more positive outlook on life, check out the list of Canada’s 30 best-selling vehicles. Canada’s 10 worst-selling vehicles are ranked three different ways in the tables below.