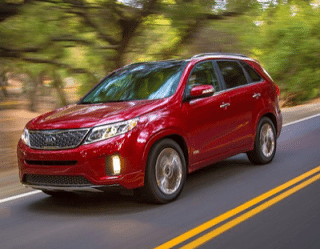 Canada’s subcompact segment features a great deal of parity, regardless of its consistent leaders. Assuming you see the subcompact category as GoodCarBadCar does – nine cars, ranging from the Sonic to the Prius C – then 4196 sales were completed in January 2013. The top-selling Rio grabbed fewer than one in five subcompact sales; Toyota’s two slower-sellers owned 10% of the market. Mazda 2 sales fell 24%, and the 2’s market share was just 6.8%. But for an eighth-place car, 6.8% market share isn’t dreadful.

The bigger problem facing subcompacts is the inexpensive nature of compacts. It doesn’t help that crossovers based on subcompact chassis are becoming more prevalent. Nine subcompacts accounted for 4.4% of the overall Canadian market in January. Canada’s two best-selling compacts – the Elantra and Civic – were responsible for 5.7% of the market.

Are subcompacts important? Yes, they’re a great way to get young, first-time buyers into the fold. A Rio buyer may turn into a Forte or Optima buyer, hopefully even a Sorento buyer. But it must be hard work, the building of small cars which earn the slimmest of profit margins and don’t sell in the largest of numbers.

January’s small car post has been significantly altered, just as it already was in the United States. If you have an opinion on how segments should be broken down, feel free to share your opinion by contacting me. The tables below are sortable. The accompanying chart can be clicked for a larger view. And you can find historical monthly and yearly sales figures for any model by clicking the vehicle name below or by making a selection at GCBC’s Sales Stats page.