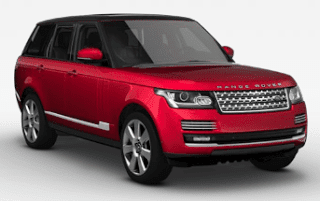 It’s a meaningful result, no doubt. The much less costly Mercedes-Benz GL-Class (and its costly G-Class partner) sold much more frequently, yes. The wide-ranging Porsche Cayenne line (which GCBC lists with midsize luxury SUVs in large part due to its relatively low base price) did, too. But for the Range Rover to end the month ahead of the Cadillac Escalade and dozens of other $50K+ says something about the power new hi-lux automobiles carry.

It’s called the gotta-have-it factor. And the Range Rover has got it in spades.

Incidentally, while sales of the overall Escalade trio fell 11% in January, it wasn’t the EXT’s fault. Sales of the Avalanche-based truck rose 267% from six units to 22.

Historical monthly and yearly sales figures for any of these models can be accessed by clicking the model name in the table below or by making a selection at GCBC’s Sales Stats page. You can click the accompanying chart for a larger view and sort the table by columns, as well.