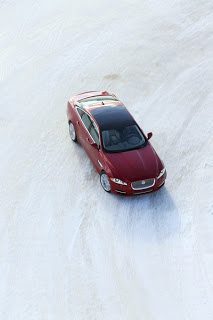 Bizarrely, the best-selling large luxury car in Canada in January 2013 was the Jaguar XJ.

No matter how you string the words together, they sound odd. Last year, the XJ trailed all of its rivals save for the Lexus LS. But in January, Jaguar Canada sold as many XJs as in the previous two months combined. In the four previous Januarys, Jaguar Canada sold 36 XJs, just one more than one was sold last month.

The XJ ended the month nine units ahead of the second-place Mercedes-Benz S-Class, figures for which include the CL-Class coupe.

Miraculous though this outcome may seem, we should put it all into perspective. Canadians buy fewer vehicles in January than in any other month. The 31 days of January account for 8.5% of a calendar year, but last year January was responsible for just 5.8% of new vehicle volume.

Indeed, last January’s 7-Series volume was worth just 4.1% of that car’s year end total. If the addition of all-wheel-drive Jaguar XJ sedans and V6-engined Jaguar XJs can continue to generate huge 218% year-over-year increases, Jaguar will end 2013 with close to 600 XJ sales.

More importantly, from a let’s-keep-it-real perspective, is the fact that the category means little volume-wise. As a profit source, well, yeah, large luxury limos pull in wads of cash for automakers. But in Canada, the ten cars shown in this post accounted for just 0.2% of the new vehicle deliveries in January. Expensive SUVs are significantly more popular.

Historical monthly and yearly sales figures for any of these models, including the less costly big luxury cars in the second table, can be accessed by clicking the model names in the tables below. The tables are now sortable, just click the column headers.

Source: Manufacturers & ANDC
* Indicates a vehicle that is also shown in another GCBC segment breakdown