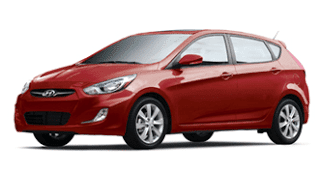 The Ford F-Series, always Canada’s best-selling vehicle, finished January 2013 1722 sales ahead of Ram’s Pickup, which itself produced a 23% year-over-year gain. The F-Series accounted for 45% of Ford brand sales. Ram’s only remaining truck was responsible for 32% of Chrysler Canada volume.

Canada’s four top-selling trucks, a group which also includes the GMC Sierra and Chevrolet Silverado, collectively outsold huge swathes of the market. With 17,678 sales between them, the top four trucks outsold the Toyota Motor Corporation by 8240 units, Hyunda-Kia by 6656 units, and the Honda Motor Company by 10,458 units.

Aside from those four trucks, Canada’s 30 best-selling vehicles in January 2013 included one minivan, 13 passenger cars, and twelve SUVs and crossovers. Four of the top 30 originated as Korean products. Another came from Germany, by which we actually mean Mexico. Nine, including the Canadian-built Honda Civic, wear Japanese badges. The other 16 are Detroit products.

GoodCarBadCar published lists of the best-selling cars, SUVs, and trucks last Friday night. Key links to those and other posts are clickable at the bottom of this post. You can find historical monthly and yearly sales figures for any vehicle by selecting a make and model at GCBC’s Sales Stats page. GCBC will continue to breakdown January 2013 Canadian sales figures over the coming days. The best is yet to come: every vehicle sold in Canada last month will be ranked by January 2013 volume. The same has already been done with U.S. sales figures. But first, you should get to know this top 30.