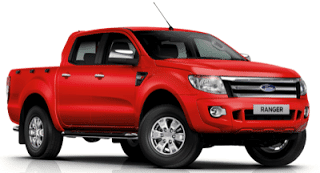 Although Canada’s overall new vehicle market slid 2.2% in January 2013, although the pickup truck market lost two players, although one of those two players was last January’s fifth-best-selling truck, the pickup market grew 7.6%.

Thank the Ford F-Series, which contributed an extra 633 sales, very nearly enough to make up for the Ford Ranger’s 650-unit disappearance. Thank the Ram P/U, which found 1039 more buyers this January than last. Even thank the two Toyota trucks, which together delivered on an extra 127 occasions. Chevrolet sold twice as many Avalanches, too.

But don’t forget to consider the input of the General Motors full-size twins. Combined sales of the GMC Sierra and Chevrolet Silverado shot up 12.7%, equal to 559 extra units. This occurred after 2012 sales of the Sierra fell 8.5% and the Silverado slid 11.3%.

With 19,480 sales from these 13 pickup trucks, the category represented 20.4% of the overall new vehicle market. Yes, one in five new vehicles sold in Canada in January 2013 was a pickup truck of one kind or another. More likely than not, it was a Ford F-Series or Ram, which together accounted for 65% of the truck market.