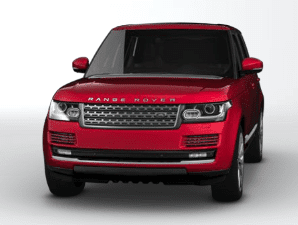 This change doesn’t mean it’s time to say the Mercedes-Benz M-Class, sales of which fell 42% to 283 in January, was the best-selling luxury vehicle in Canada in 2012. BMW sold 676 copies of the 3-Series, for example. But in terms of vehicles we likely all agree are expensive, the M-Class was tops in January. M-Class rivals like the the BMW X5, Audi Q7, and Infiniti FX also slid harshly.

A surprising 35% of the Cadillac Escalades sold in Canada in January were Avalanche-based EXTs. Range Rover sales quadrupled. 55% of Porsche Canada volume came from the Cayenne.

GCBC published a list of Canada’s overall 30 best-selling vehicles earlier this morning. Historical monthly and yearly sales figures for vehicles not listed here are always available by selecting a make and model at the Sales Stats page. These 15 vehicles, however, were the top-selling $50K+ vehicles in Canada last month.

Source: Manufacturers & ANDC
Red font indicates year-over-year declining sales
$50,000 CDN (before delivery) is an arbitrary borderline, but if GCBC was to follow this new system of designating only expensive vehicles as luxury vehicles, $50K seemed like a safe place to begin – it equals the average U.S. new car transaction price plus $15,000, plus another $5000 to account for Canadian increases. Plenty of less expensive vehicles with specific models feature prices above $50,000 – M, RS, and AMG models come to mind, specifically – but in the case of this list, we know that none of the registrations were of cars priced at $35,900, as would be the case with the BMW 320i, which costs less than a Hyundai Santa Fe 2.0T Limited. The list has been cut from 30 to 15 – 30 “best sellers” would have made up a large portion of the 50-odd vehicles on sale in Canada with base prices above $50,000 and would have therefore diluted the “best-selling” message. The biggest problem with a $50,000 minimum price of entry? Cars like the Cadillac XTS, which starts at $48,995, sporty cars like the $48,600 Audi TT, and SUVs like the $49,930 Chevrolet Tahoe.