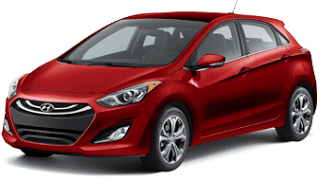 Can the Hyundai Elantra end 2013 as Canada’s best-selling car? Honda Civic sales slid 49% in January while Elantra sales rose 23%. That loss/gain transition was enough for the Elantra to easily take over the top spot in month numéro un.

We’ve been in this position before, however. As recently as last February, in fact. But Honda Canada takes the Civic’s 15 years of utmost popularity very seriously. Indeed, the Civic’s January decline reflects two other months of exceedingly tremendous popularity. Last January, Honda produced a ridiculous 332% year-over-year gain to find 4939 Civic buyers. And a month ago, Honda Canada sold 6666 Civics, more than the next two-best-selling cars combined. (For Toyota to do this with the Camry in the U.S., 47,747 would have needed to be sold in January.)

So did Hyundai Canada do itself proud by making the Elantra the country’s best-selling car in January 2013? Of course. Let honour be given. But 2013 is far from over, and January is traditionally the lowest-volume month of the year. Not only should we assume that the Civic will recover, we should allow our minds to consider the fact that history will likely repeat itself.

Nevertheless, Honda is off the Civic’s 2012 pace by 2436 units already. Canada’s new vehicle market was down 2.2% in January 2013. Exclude the Civic from the equation, and the market was actually up 0.4%. That tells you two things: first, the Civic is an important part of the market, and two, Civic sales plunged in January.

In the past, GCBC has made exceptions for almost-minivans like the Kia Rondo and Chevrolet Orlando, labelling them as passenger cars for the purposes of Canada’s best-selling cars post. But we haven’t made exceptions for the Dodge Grand Caravan, Canada’s fourth-best-selling vehicle in January 2013, or for the Toyota Sienna, Chrysler Town & Country, or Honda Odyssey. Those vehicles – the two Chryslers, the Toyota, and the Honda – would rank in the top 20 this month. Sienna sales fell to 620; Town & Country sales rose 226% to 619; Odyssey sales rose 8% to 569, ranking it ahead of the 20th-ranked Kia Forte. The Grand Caravan outsold every vehicle on this list except for the Elantra.

Fully 25% of Canada’s 20 best-selling cars in January 2013 were Hyundais or Kias. Between the Elantra and Forte bookends, the Sonata ranked third among midsize cars with its best January ever, good enough for tenth spot. The Kia Rio was Canada’s leading subcompact, ranking 11th among passenger cars. Hyundai’s Accent, the Rio’s fraternal twin, was 45 sales back.

Use GCBC’s Sales Stats page to find historical monthly and yearly sales figures for any model. And check back in a few minutes to see Canada’s 20 top-selling SUVs and crossovers, and then again for a full list of the pickup trucks on sale in Canada, best sellers and worst sellers alike. For now, get to know Canada’s 20 best-selling cars from January 2013.